The Masters Tournament may be over, but the Rules of Golf controversy regarding the Tiger Woods drop on the #15 hole at Augusta National will be discussed for years.  A lot of the trouble was caused by the committee in charge of running and administering the Masters.  It baffles me that the Masters is the only one of the four major tournaments that does not assign a walking rules official with each group.  Part of the Masters tradition is that no one  is allowed inside the ropes during play other than players, caddies and TV cameramen.  You will not see a walking scorer, media or rules officials.  Rules officials are stationed in carts around the golf course and wait to be called upon if needed.  Weekly PGA Tour events are run the same way because there are not enough rules officials on the PGA Tour staff  for each group. A regular PGA Tour event usually has eight officials.  The major championships have rules officials from around the world who have been invited to attend and participate. 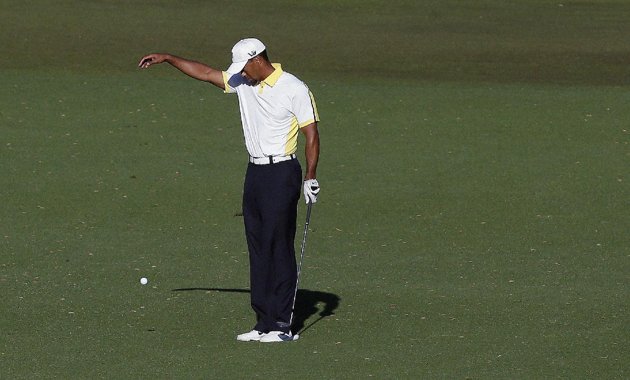 make sure that Woods understood his options after his third shot on hole 15 hit the flagstick and caromed back into the water.  The official would also have instructed Woods to make certain that his drop was as near to where he had hit his previous shot as possible.

Even if a walking rules official had failed to instruct Woods, the rules committee chairman, Fred Ridley, after he was alerted to the possibility the drop was incorrect, should have met Woods in the scoring area to ask him what happened and, if necessary, take him to the TV trucks to review the drop.  Instead, Ridley ruled that Woods had not violated the rules before Woods finished his round.  It was only after Woods related what he had done in a TV interview that the issue arose again and it was not until Saturday morning that Woods was penalized.  The committees initial ruling was wrong and Ridley should have spoken directly to Woods before making a ruling.

The intent of Rule 33 – 7 was to protect players who could not have known they violated a rule such as in the case of the Padraig Harrington so-called “HD” ruling when only super slow motion replays in HD showed that his ball had barely moved on a green while he was addressing it.  Rule 33 – 7 clearly should not have applied to what happened to Woods.