Perspective can be a funny thing.

Many times we as fans believe those in the media spotlight fit a specific mold. This can be movie stars, politicians, and athletes.  It’s not until we get insight into their “world” when we are able to take a step back and assess who that person really is.  In certain instances, we are not privy to the daily lives of famous people.  We are at the mercy of what is placed on YouTube or what a photographer may catch at a fleeting moment in time.  This is how are perceptions are formed. 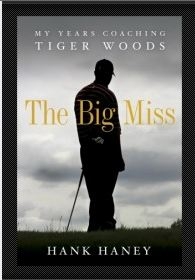 Our perception is our reality.  What we hear or see is what we believe. We do not live in sound bites but many who are famous do. When those who are close to famous people for an extended period of time, give us insight into what that person is like, we are able to reassess our perception.

Enter –  Hank Haney.  Recently, I had the opportunity to read, The Big Miss.  If you are not familiar (What rock have you been living under?) Hank Haney was Tiger Woods’ coach for six years.  During those six years, Hank describes his relationship with Tiger Woods in the book both on and off the course.

The book reinforced and shattered some of my perceptions of Tiger Woods.

Reinforced: The Big Miss reinforced the perception that Tiger Wood is a relentless worker. Hard work pays off.  It certainly has paid off for Tiger throughout the years.  His numbers in both major and non-major tournament wins is a testament to that.  Hank’s insight into Tiger’s practice regiment and tireless preparation gives the reader a glimpse into what can happen when talent and work ethic are meshed together.

Shattered: The Big Miss shattered some previous perceptions of Tiger. Hank referenced many times throughout the book that Tiger was (and still is) a driven individual.  Hank, when coaching Tiger, made the comment that it was like he (Tiger) was the boss and the student all at the same time.  As a former coach, we all believe our athletes can succeed with proper guidance and instruction.  Most athletes are open to that instruction because we as coaches have either demonstrated success with others or have done it ourselves.  In my opinion, after reading the book, this part of the relationship between Tiger and Hank when practicing or interacting was a difficult one to manage as a coach.   One could imagine attempting to correct Tiger or ask him to try something new may be a slippery slope in that it’s not like Tiger doesn’t know what he is doing.   Habits and routines of elite athletes are hard if not impossible to break.  Hank points out in The Big Miss that Tiger’s previous coach, Butch Harmon, worked on aspects of Tiger’s swing that were in difference to Hank’s philosophy.  This is most certainly true for most coaches.  Everyone is different. Attempting to break some habits that Hank believed Tiger could benefit from was a struggle.  Tiger’s tenacity, although a good trait to have, was a difficult barrier to overcome when hank wanted to try something new.  An athlete tends to believe his coach more when suggestions work and the athlete sees success.  Tiger experienced success with Butch.  Again, up to this point in Tiger’s career it’s not as if he had not won anything.  He most certainly had.  But, remember, Tiger asked Hank to coach him – not the other way around.

Reinforced:  Greatness requires greatness.  To quote Hank, “I’m going to give Tiger as much as I’ve got for as long as I can.  And somehow I already know he’s going to be the last touring pro I teach.”  Going into this with Tiger, it’s apparent that Hank understands the time commitment  effort and toll this coaching job will require.  It can be said that Hank Haney is one of the greatest coaches the PGA has seen.  Greatness requires greatness.  But, what else was there to improve on?  Greatness can be measured by the willingness to sacrifice in order to achieve what others are not willing.  Tiger and Hank were willing to push each other when needed.  The Big Miss addresses this in great detail.  The insights learned from practice session successes and tribulations gives the reader insight into what it takes to be great – and the talent that goes with it. 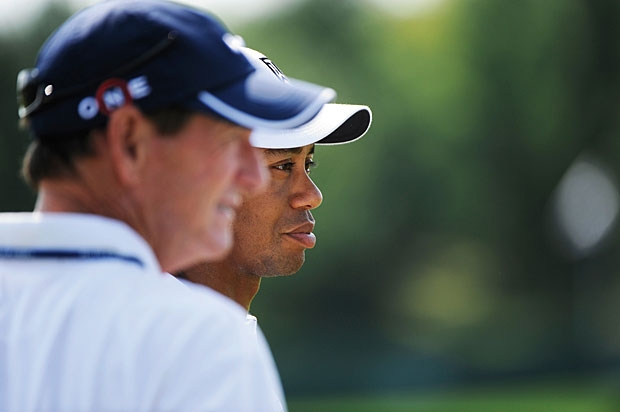 Shattered:  My previous perceptions of Hank Haney prior to reading the book.  It is easy to take a shot at somebody when they are down.  In fact, it seems most people take this opportunity to makes themselves feel better about themselves.  This is what I was expecting when I picked up the book.  I was fully expecting Hank to give the readers the dirt on Tiger.  As it turns out, it could not be further from the truth. Hank is nothing but complimentary to Tiger in all aspects of his life – this includes both golf and Tiger’s personal life.  Hank credits Tiger.  Hank is humble and confident in what his influence was on Tiger. Hank is humble yet confident when reading the book.  The journey of this tremendous opportunity for Hank was written in a manner that highlighted the positive aspects of Tiger and his relationship.  Subsequently, Hank’s knowledge of the swing clearly translated to Tiger’s success after trust was built.  A common comment on social media (Twitter) from fans to Hank is that they have an even greater appreciation of Tiger and what he was able to  accomplish.  This is not to say in The Big Miss that Hank “sugar coats” situations or events that occurred in their six years working together.  Hank is honest and to the point.  In doing that, you, as the reader get a real appreciation of their relationship (Coach/Athlete).  Many take the easy way out.  The easy way out for Hank would have been to bad mouth Tiger and his exploits on the range, course or in his personal life.  Hank refrained from this and it comes out in his appreciation for Tiger. After I read the book, I have a greater appreciation for Hank and Tiger as it relates to their coach-athlete relationship and accomplishments – together.

In short, The Big Miss is an easy read and any golf fan will not be able to put it down once they start.  Hank Haney goes into various memories of Tiger and him in detail which gives the reader insight into what it takes to be great.  In the end, the reader comes away with an appreciation for the greatness of both Hank Haney and Tiger Woods.  Pick up the book.  You will not be disappointed.